During female-to-male top surgery, breast tissue is removed with the goal of creating a more masculine chest contour. There are a variety of techniques that can be used to perform FTM top surgery. These techniques are defined by the incisions that are created on or around the breasts that allow for the removal of unwanted breast tissue. The most suitable technique depends upon the size of the patient’s chest, the amount of unwanted tissue, and the level of skin elasticity. 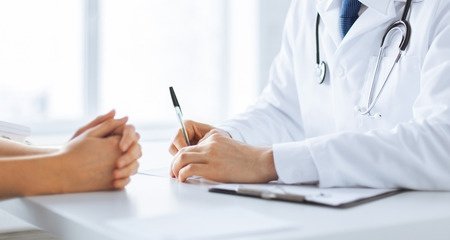 After undergoing hormone therapy, some trans men may have only small amounts of unwanted breast tissue remaining. Men with small chests, excellent skin elasticity, and no sagging may be candidates for top surgery performed with liposuction alone. In these cases, only very tiny incisions will be necessary and the recovery period is relatively short. This is not a commonly performed procedure because it does not remove breast gland tissue.

Patients who have a little more breast tissue and no or minimal excess skin may be candidates for keyhole incision surgery. Dr. Delgado removes excess tissue through very small incisions, located under or across the lower border of the areola. The major benefits of this approach are minimal scarring and complete preservation of nipple sensitivity. The remaining skin will shrink to the desired male contour. Dr. Delgado has performed thousands of these procedures.

This approach is used on trans men who wish to address protruding nipples. After incisions are made in the upper portion of the areola, Dr. Delgado removes excess tissue. Then he repositions the nipple slightly and sutures the wound in a way that holds the nipple in its new position. Trans-areolar incision can only be used on men with small breasts and no extra skin.

Patients who have a moderate amount of breast tissue and good skin elasticity may be candidates for the circumareolar incision technique. In this approach, Dr. Delgado makes two circular incisions – one around the entire perimeter of the areola and another slightly wider circle around the first one. He removes excess tissue and then trims away excess skin. Finally, he pulls the remaining skin tightly, repositions the nipple, and sutures it in place. In most cases, patients retain a good amount of nipple sensitivity with this technique and scarring is fairly concealed.

Double incision is a technique that allows Dr. Delgado to remove a large amount of excess tissue and skin. It can be used on patients who have poor skin elasticity and sagging. First, he creates a u-shaped or horizontal incision along the upper border of the pectoral muscle. Then he peels back the skin and removes excess breast and/or fatty tissue.Then he makes an incision around the nipple and replaces it in a ideal male position as a free skin nipple- areola graft. This technique produces an excellent aesthetic result, but nipple sensitively will be permanently altered. This is the most common FTM procedure performed

Another option for men with a large amount of excess tissue and extra skin is the Inverted T or anchor incision. In this approach, the nipple and areola remain attached to native tissue, which preserves some amount of nipple sensitivity. During this procedure, Dr. Delgado creates an incision along the base of the areola and along the lower border of the pectoral muscle, with a vertical incision connecting these two incisions. He then removes excess tissue and trims extra skin. This approach cannot create as flat a profile as the double incision approach, but it is a better choice for men who wish to retain some amount of nipple sensation.